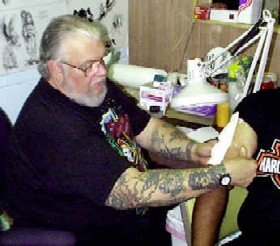 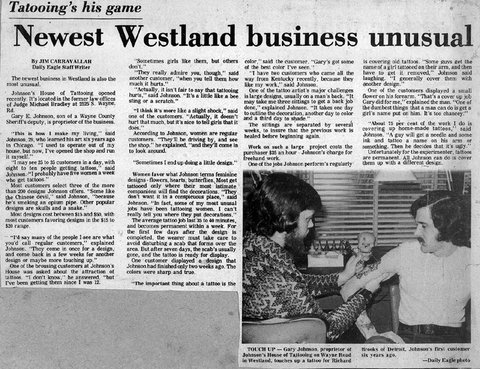 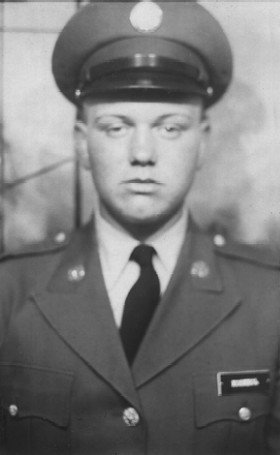 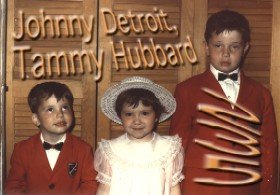 FOLLOW THE INK: Over 45 Years of Johnson Tattoo
by Gary Roscoe Johnson

Please allow me to offer a brief shop history, to make it clear that JOHNSON isn’t one of these new shops that have just recently jumped on the latest body art bandwagon.

The shop history goes back 50 years ago to my dear old dad, Gary Eugene Johnson. He was born to Ruby Riley on Oct. 25, 1942 in East St. Louis, Illinois. In 1946, the family moved to the Wayne-Westland area just outside Detroit, Michigan, where Ruby began to notice her son's artistic inclinations. By the age of 15 or 16, Gary had charmed some of his schoolmates' parents by hand-picking small tattoos on their kids’ pristine hide with a home-made needle/thread/eraser rig he says he still has somewhere. Grandma should have smelled trouble by then, right?

Not yet fully realizing his ink aspirations, Dad got work driving a truck for the local incinerator in Inkster, and married a pretty local girl named Sharon Hedger he'd met at Palmer Road Baptist Church in Westland. Together they produced 2 boys - Gary Roscoe Johnson and John Clarence Johnson, both of whom would eventually follow Gary into the tattoo trade.

Dad got his first “professional” tattoo at a little shop outside Ft. Wood, Missouri during basic training for the US Army. His enlistment didn't pan-out, but getting that crude $6 heart and dagger tat was enough to convince him he wanted to follow the INK. But it was 1965, and the 23 year old found that it wasn't that easy to get into the tattooing trade; his persistence paid off, though, as he began to acquire equipment, develop his tattooing skills and network with suppliers, other artists, and build his artistic reputation.

By 1969, he was able to open his first tattoo shop in the Detroit area, Westland's House of Tattooing. He would later pass "House" on to partner Marty, and continue to ink elsewhere in Michigan. My brother John was more enthusiastic than me to learn the trade, but went on an enlistment in the Navy after doing so. His enlistment finished a few years later, he worked as a welder, before combining resources with Gary to open Johnson Tattoo, located in nearby Taylor.

I'd done some hobby tattooing as far back as 1981, when dad gave me my first tattoo machine, and had also begun to perform an occasional basic body piercing, when pressured. By the time I decided to focus professionally on tattooing and piercing at Johnson, I’d done a couple of years Commercial Design at CCS in Detroit, survived an enlistment in the Army, and had done menial graphic slave labor all over Toronto for about 10 years.

If you want the truth, I was not exactly keen at first to skewer human flesh body-piercing style. Tattooing seemed much less intrusive- a kind of inky “controlled abrasion.” I seemed to be getting positive feedback on the body piercings though, so I got over the queasy initial stages and worked to improve my technique up to professional standards.

In all humility, God Bless all who endure a tattooist’s or piercer’s early experiments.

John and Gary had apprenticed our cousin Tammy Hubbard, so she was brought in after John moved to his private studio, Cherokee Creek, in nearby Garden City. Tammy moved to John's shop, and we brought in Tony Edmonds. My cousin Nick Johnson also apprenticed and laid much quality ink at Johnson before opening his own shop in Jackson.

Anyway, that's how we got to our current state of affairs. Today Roscoe and Dominick maintain independent contracts under the Johnson name, and are proud to carry on the tradition of fine ink that Gary started over 50 years ago.